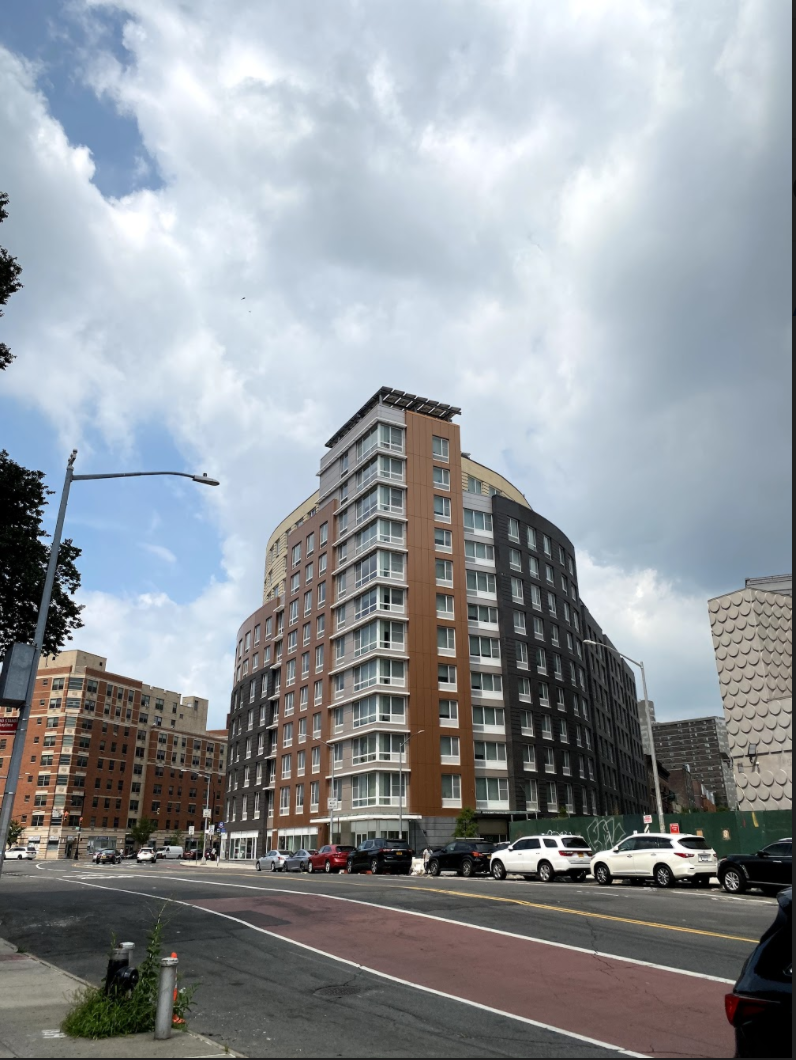 We’re excited to share the success of the latest pop-up food distribution co-sponsored by Step Up. On July 22nd, we helped serve over 5,000 residents of the Boricua Village housing development! A dedicated team of staff and volunteers provided food to the majority residents of this South Bronx development — almost 600 households spread across eight buildings!

It was our honor to co-sponsor this event, and we couldn’t have done it without the other sponsors. A big thank you goes out to Atlantic Development Group and Wavecrest Management. And we’re especially grateful to Food Bank for New York City for supplying the food.

Boricua Village is a $300 million housing complex located in the Melrose neighborhood. Almost half the population of the neighborhood lives below the federal poverty line. That means, as in the rest of the Bronx, food insecurity is high in Melrose. High-need communities, like Boricua Village, have experienced severe impacts from the pandemic.

Across New York City, 40% of soup kitchens and food pantries shuttered during the peak of Covid-19. Seventy-three percent of those closures happened in areas like Melrose. These are the areas that need their local food pantry the most. Families with children, laid-off and furloughed workers, and seniors in the South Bronx rely on food pantries to get by.

That’s why we launched the Step Up Emergency Food Fund campaign — to address this dire need. We’ve been pleased by the successes we’ve had. For example, we were able to award $200,000 to BronxWorks and $50,000 to Part of the Solution. These grants will help both organizations sustain their food pantry programs.

But there’s still so much more to do. We’re proud of our work at Boricua Village last month, but the work is far from over. Too many folks across the South Bronx still don’t know where their next meal will come from. Are you ready to join us in helping get food to those who need it most? Get involved today!