A Great Day at The Bronx Zoo 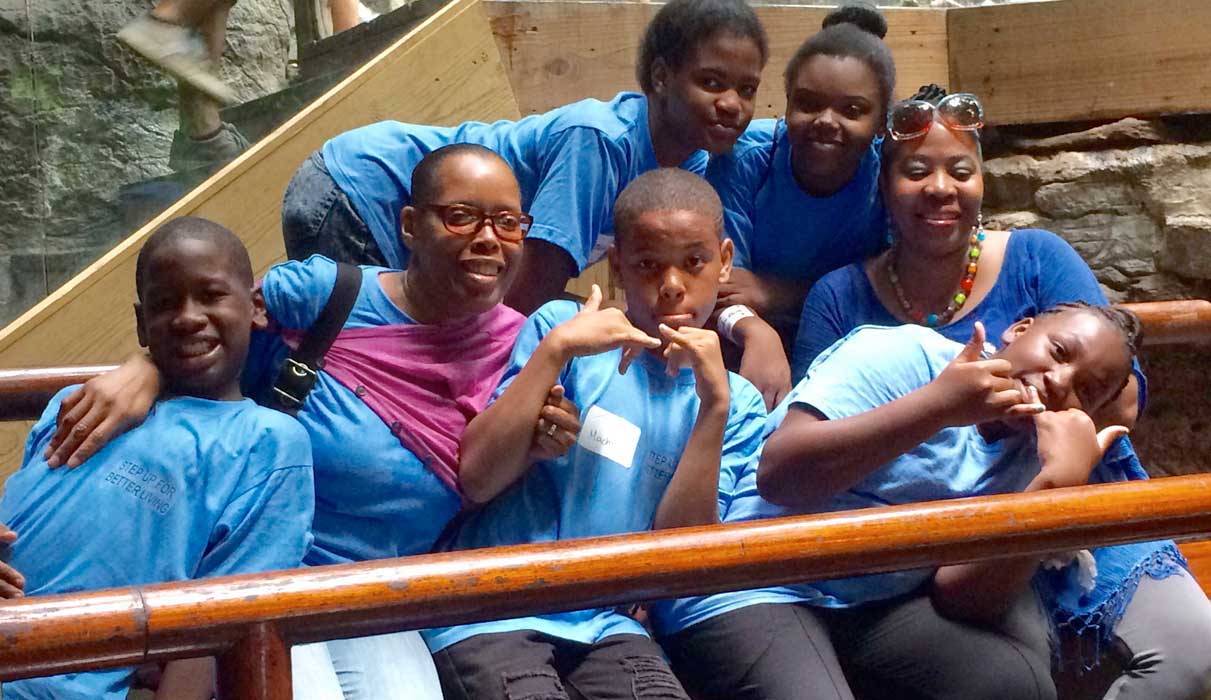 On this cloudy August summer morning, there was a threat of thunder showers. However, Step Up for Better Living continued to embark upon not only a good day at the Bronx Zoo, but our goal was to show these youths a great day at the Bronx Zoo. After all the youths and parent chaperones were fitted with uniformed tee shirts and given backpacks stuffed with lunch and beverages, our group took the best way to travel in and around New York City, the New York City MTA bus service. Once we arrived at the Bronx Zoo the group became excited. There was a lot of anticipation. We heard comments like, “I can’t wait to see the lions”, “where are the bears and the gorillas?”, and “let’s go see the reptiles”.

To the group’s satisfaction we visited the Congo Gorilla Forest, The Wild Asia Monorail, Jungle World. One of the highlights was at The Congo Gorilla Forest where we saw gorillas play wrestling, mothers carrying their offspring and eating fruits. Then without a warning, an adult gorilla charged past the encased closure and banged on the glass as if communicating something to us. The group was startled. Some ran and some screamed. Afterwards we went on a 20-minute ride around the Asian wilderness on the Asian Wild Monorail. With the assistance of our tour guide we were able to identify a proud Himalayan goat with long twisted horns, a rhino covered in mud, a huge 400 pound Bengal tiger, a red panda sleeping in a tree and elephants to name a few. The finale was our visit to the 4-D Theater where we were entertained by watching Rio, an animated movie with the 4-D experience. The youths were surprised by the sound of the bass, the rocking of the chairs, the characters coming out of the screen and the unexpected squirt of water in their faces. After the movie, everyone clapped as if there was a bandleader instructing everyone to clap at the same time. I would like to say that was a fitting ending to not only a good Step Up for Better Living Bronx Zoo outing but a great Step Up for Better Living Bronx Zoo outing.