Step Up Trip for Kids to Coney Island 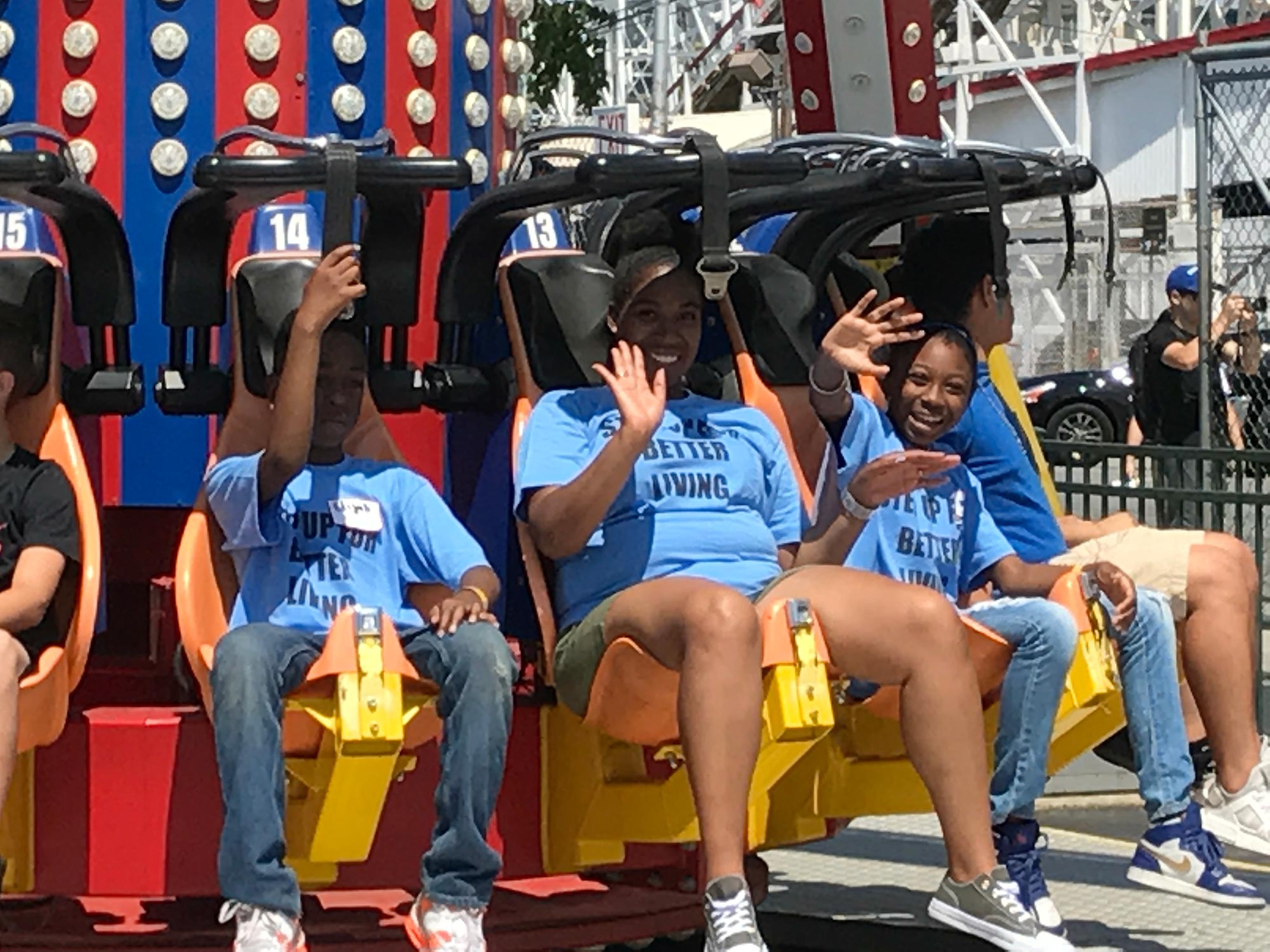 Set Up for Better Living escorted 25 children (ages 13-17) to Luna Park located at the world’s famous Coney Island in Brooklyn. The Director of Social Services, Twila Waters and I accompanied the youths on the trip. With the assistance of 3 parent chaperones, the group boarded a chartered bus that had entertainment such as movies and music!!! The movie for the ride was Spiderman.

The excitement of the children grew as we neared Coney Island. Some of the youths were saying which ride they wanted to get on first. As we entered the park we were met by the Luna Park staff that provided the group with an unlimited 4-hour pass for each youth. We were then escorted to a private room where pizza and Nathan’s hot dogs were waiting for the pickings. In addition, there was unlimited ice-cold beverages for the group.

With the sweltering heat, many youths ran to the water rides to cool off. Some repeated the water ride several times. A youth stated, “now let’s go on a ride that spins fast so we can feel the breeze.” No ride was off limits at Luna Park. The youths fulfilled their thirst for excitement as they went from ride to ride.

When it was time to leave everyone rushed to get on the air-conditioned bus. After a head count, we boarded and away we were off. By the time we reached the Bronx every youth was asleep. As we were unloading many were asking- when is the next trip?